Pictured below is my first attempt at a Stalingrad style basing. Not what you would call interesting yet but I will probably jazz them up with a few tid-bits like barrels, bricks and refuse of war. 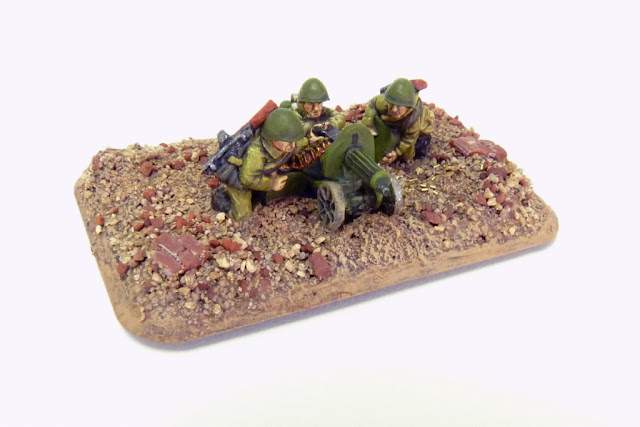 Pretty easy method, mixed some sand and white glue and added this around the figures that were crazy-glued down to a FOW base that was scored with coarse sandpaper. Washed with a dark brown, I then painted and drybrushed a mixture of cheap DecoArt Crafters acrylics. Finished by adding a top coat of white glue/water and sprinkling on red brick colored railway balast and a bit of Talus rock to get some contrast. 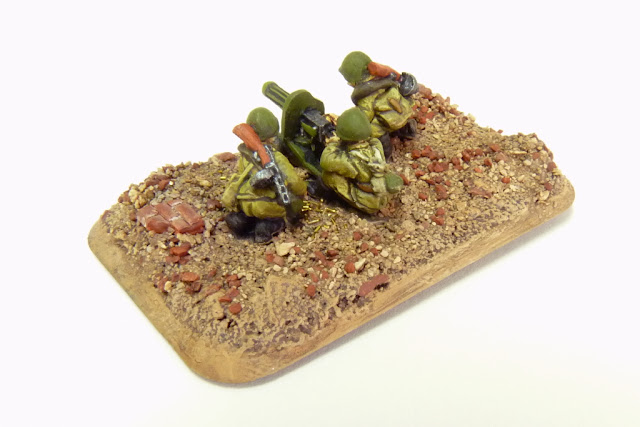 I have 3 other Maxims based up but this is the only one that I will be able to post on the BF site as it has no FiB figures. 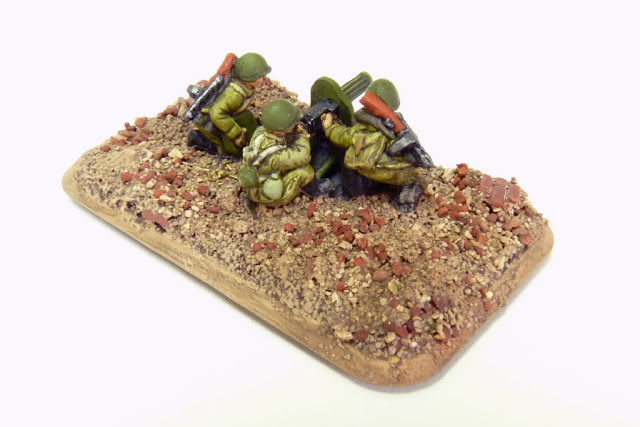 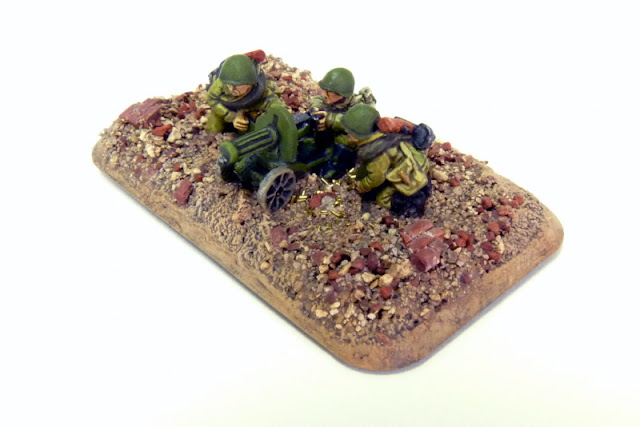 Troy
Posted by Ritterkrieg at 8:24 PM

Very very nice - highlighting and shading on the infantry looks great. And you've mixed up the stones etc on the bases well looks very natural

very nice. Always reading your blog with interest. I'd make the figures dustier.

ya, must be the 13th Guards, fresh off the boat!

Looks great Troy! A good combination of rubble colors! What are your plans for buildings and ruins in 15mm? I can't wait to see more :) 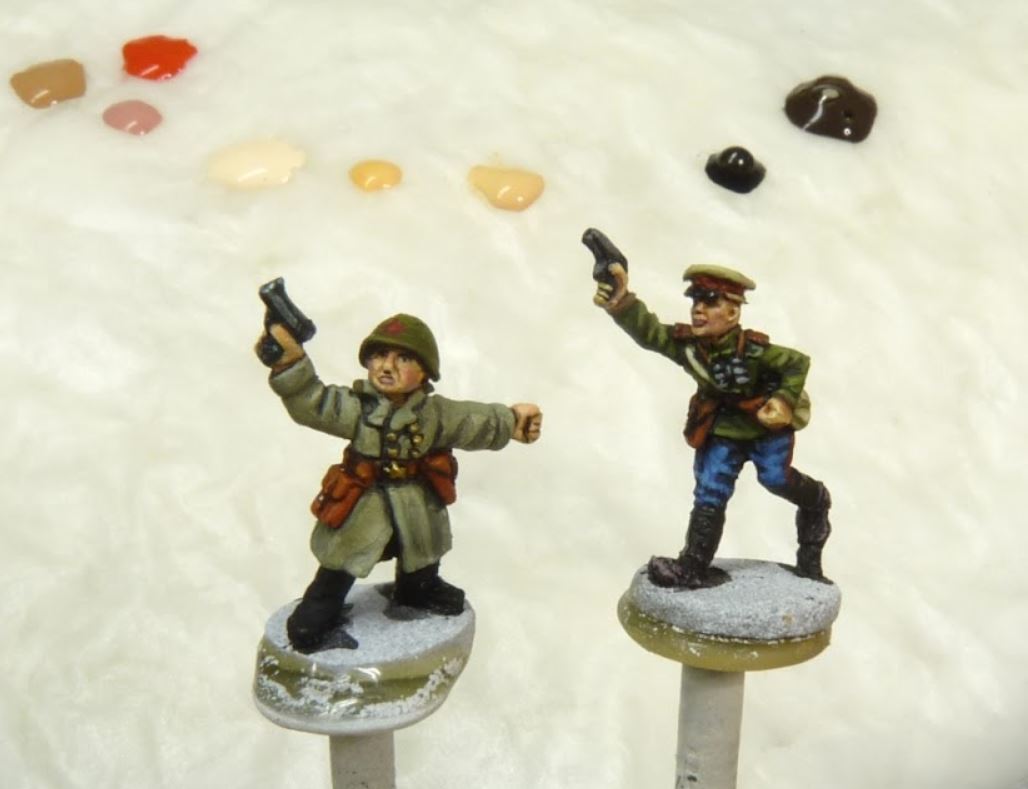 Posts people look at the most...